A Call to Action 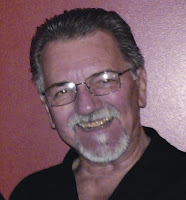 Now is not the time to be nice, polite or reasonable. Calamitous crises are threatening humanity:

1. Global Warming. Nothing (!) lasts forever. In 10-20 years, it may be too late to reverse global warming and its consequences – hurricanes, droughts, wild fires, sea rises, floods and hotter temperatures, If we fail to act decisively, human existence may come to an end.

Terribly sorry if this causes discomfort. It should. Global warming and climate change are real. It's not a theory. It's fact. Scientists are near unanimous. The so-called deniers are either stupid, ignorant or sociopaths who care only about keeping their wealth and power. And lots of luck to those who believe the messiah is coming.

So where in Cleveland is the mass coalition to fight global warming and for the Green New Deal? Where is the labor movement, the Left, the formerly-active community groups, the religious community, et al.? Answer: urging people to write letters to politicians, posting on face book, and raising funds for staff salaries.

2. Obama's Legacy. The Affordable Care Act, is crumbling. Premiums are becoming unaffordable and millions are going without insurance. But, the majority of the population wants Medicare for All. The argument that Biden and most of the other candidates are peddling – that working people would rather pay for their health insurance than get it at a much cheaper costs – is B.S. And now that Obama is touting Warren, she is walking back her support of Medicare for All, leaving Bernie as the sole advocate.

But where in Cleveland is the mass coalition to fight for Medicare for All? Hundreds of local unions and state and national Federations have endorsed single payer. But
neither labor nor health care groups are active on the issue. Instead, more letters to Congress and defend the ACA.

3. Never-ending War: For the 20 years, U.S. Troops have invaded, bombed, coordinated coups and killed hundreds of thousands of people in at least 25 countries, leaving them in ruins and forcing the migration of millions of refugees. After 17 years of war in Afghanistan, we now learn that neither the military nor the three stooges acting as commanders in chief knew what or why we were there and lied to the public that we were winning. Like all previous empires, the American Empire is crumbling and being led by a mad man. Trump, like the legions of mad kings and emperors before him, is not the cause for the collapse but a symptom of the decaying socio-economic system we live in.

Where in Cleveland is the mass outrage and coalition to end these military crimes? Where are the huge outpourings that helped end the war against Vietnam? What are organized labor and the peace movement doing? More letters and a few educational meetings. The situation requires much stronger action than that.

4. Politics at a cross road. For the first time in 72 years, there is a possibility to elect a left-wing progressive to the Presidency. Bernie Sanders has not only put forward real solutions to real problems: the Green New Deal, Medicare for All, free public education through college, seriously taxing the wealth and profits of the rich, and ending the criminal wars we are waging. He has offered the best plan (maybe the only one) to help bring racial justice, to stop and reduce the growing economic inequality that is impoverishing more people every day.

What are Cleveland labor unions, community groups and the Left doing to build a coalition that will support and advance the programs of Bernie Sanders. Such activities will not only lay the bases for winning on these issues, but will do more
to defeat Trump and elect more militant progressives to Congress than the middle of the road approach being pushed by the leaders of the Democratic Party and their wealthy backers. This would help inspire reluctant voters and give them something to vote for. I don't think local unions must sit and wait for the top officials in D.C. to show them the way. The members must show them the way. And the way is not to be beholden to the Democratic Party.

What that approach gets us is Lordstown and plant closings, NAFTA 2, and an ever rising war budget.

Pussy-footing and half steps will get us goose steps.

Posted by Movement 4 Peoples Democracy at 12:02 AM No comments:

For years, Alabama’s prison system has been under a microscope. Harsh sentencing laws coupled with chronic underfunding have led to horrific conditions for people behind bars.
As a result, the Alabama Department of Corrections (ADOC) is facing multiple federal lawsuits, including a class action filed by the SPLC. A federal judge in the SPLC’s broader case over the lack of adequate health care and aid for people with disabilities has ruled that mental health care in the system is “horrendously inadequate.” Now, the state faces a trial set for 2020 on whether the lack of health care for prisoners amounts to deliberate indifference for their welfare.
Dozens of people have died in homicides, suicides, overdoses and use-of-force killings this year alone. A blistering report from the Department of Justice, released earlier this year, concluded that the conditions in Alabama’s prisons likely violate the Eighth Amendment’s prohibitionagainst cruel and unusual punishment.
The state’s proposed solution to overcrowding and under-staffing is to build three new prisons for men – prisons that would actually be built by private companies and leased to the state. Each would hold 3,000 to 3,500 people — about twice as many as Alabama’s largest existing prison. Officials continue to make spurious claims that the project will save the state money, despite the plan’s $900 million price tag.
Gov. Kay Ivey convened a group of legislators and state officials to meet over the past several months to hear presentations and proposals by various experts, state officials and the public hoping to address the crisis. Yet, the plan to build new prisons remains the likely course of action for the governor and legislature.
Beyond the scathing reports by the Montgomery Advertiser, the voices of currently and formerly incarcerated people and their families were largely missing from the media narrative around Alabama’s prison crisis in the first half of 2019.
The Southern Poverty Law Center joined several organizations and individuals to form the Alabama Coalition for Fair Justice to elevate those voices and advocate for policy changes, such as a repeal of the Habitual Felony Offender Act and a re-defining of “violent crime.”
As a part of this initiative, the SPLC introduced a series of profiles — Beyond Bars: Life Before and After Incarceration in Alabama — that elevates the voices of people directly affected by the criminal justice system.
The profiles
Sonia Turley-Landers is a Native American poet and artist who told the SPLC about the creative writing class that helped her survive in prison, the abuse and terror she experienced at the hands of a partner, and losing her father while she was incarcerated. “When you’re in the darkness, and a little light comes to you, you follow that light,” she said of the creative writing class.

Frances Everson spent 20 years in and out of Alabama’s prison system, a journey that began with simple theft crimes. She experienced trauma — the deaths of her brother and sister — at a young age that led her to develop a substance-use habit and an urge to compulsively take items from department stores. Instead of providing her options for rehabilitation, Alabama’s criminal justice system wrote her off as someone who could never change her behavior. “It is my opinion that keeping Ms. Everson in jail is the only way to keep her from stealing someone else’s property,” a prosecutor from one of her cases once wrote. In 2004, France was released from prison for the last time and has since reconnected with her mother, daughters and grandchildren. She has devoted her life to helping others through Faith in Action Alabama.

Archie Hamlett was released from prison after serving nearly 23 years of a life-without-parole sentence. After years of fighting, he finally won a sentence reduction in 2017. But, he said, in the free world he soon found another obstacle to his freedom: more than $34,000 in court debt. “It’s predatory in nature, what they’re doing to us,” Archie said of the fees. “It keeps a noose around our neck. I know that might seem heavy, but that’s what it feels like to me.”

Chris “Champ” Napier grew up in Prichard, Alabama’s poorest city. He witnessed his father get shot and killed when he was 3 and experienced violence and racism throughout his childhood and adolescence in the 1970s and ‘80s. After getting caught up in a drug deal gone wrong, Champ was sentenced to life in prison for murder when he was 18. He spoke to at-risk youth about corruption and violence behind bars before he knew he would ever be free from prison. After 14 years, he was paroled but had a difficult time finding employment and housing due to the many collateral consequences that formerly incarcerated individuals tend to face. Champ was pardoned completely of his crime in 2015 and was able to vote for the first time in the 2016 election at age 45. It was powerful. “Our vote is our voice,” he said.

The SPLC’s series will continue to run bi-weekly until the Alabama Legislature convenes for its 2020 regular session on Feb. 4.

The Editors
Posted by Movement 4 Peoples Democracy at 12:27 AM No comments:

Published on
Monday, November 11, 2019
by
Common Dreams
"I am very concerned about what appears to be a coup in Bolivia, where the military, after weeks of political unrest, intervened to remove President Evo Morales."
by
Eoin Higgins, staff writer

"I am very concerned about what appears to be a coup in Bolivia, where the military,

tweeted. "The U.S. must call for an end to violence and support Bolivia's democratic

from his left-wing grassroots movement. Earlier Monday, as Common Dreams

coup in no uncertain terms."The people of Bolivia deserve free, fair, and peaceful

support for Morales was welcomed by supporters."By far the biggest difference

and how much he cares about the type of international left issues that, say, The Nation

and published at Jewish Currents an essay on combatting anti-Semitism.
https://www.commondreams.org/news/2019/11/11/calling-end-violence-bernie-sanders-becomes-first-2020-democratic-presidential?cd-origin=rss&utm_term=AO&utm_campaign=Daily%20Newsletter&utm_content=email&utm_source=Daily%20Newsletter&utm_medium=Email
Posted by Movement 4 Peoples Democracy at 10:14 AM No comments:

Posted by Movement 4 Peoples Democracy at 12:14 PM No comments: